What effect would non-extension (ee) have on a himalayan? Would it be noticeable? Would it change the color of the points on a black himi to more of a chocolate himi?

It reduces or nearly erases the points without otherwise altering the color. This is a black himi with nonextension. 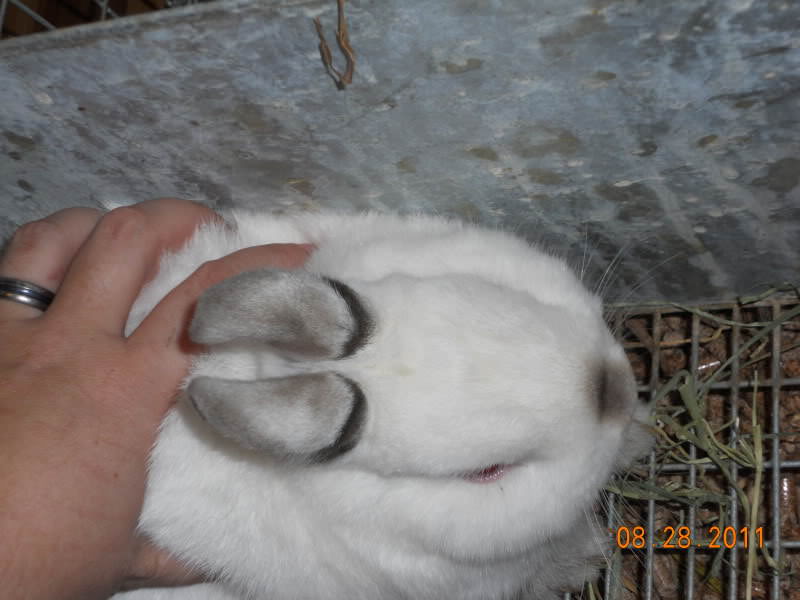 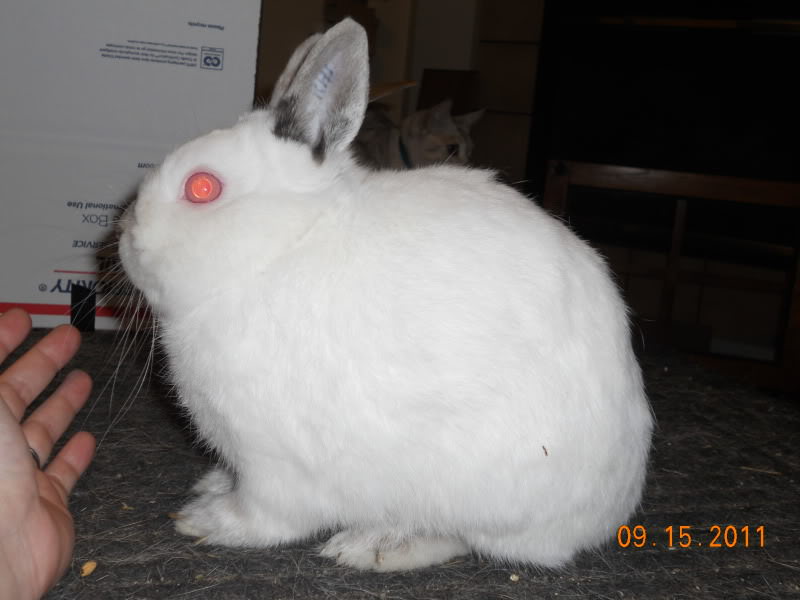 Thanks so much - that is very interesting! Looks like it still has a black strip near the head but the ears are gray. I never would have guessed that.

Himi removes red/yellow (pheomelanin) pigment first so it would be save to assume that with torts, the black areas along the ears, nose, and feet will remain, while the red/yellow pigment will be removed.

I had less extreme versions on some other black, blue, and chestnut himi. Breeding sallander and frosty/ermines I had a lot of black based chinchilla or sable with both agouti and self versions that were all nonextension and the sables I started with caused himi to end up in the mix. Some just look like they might have a hidden broken gene with markings missing on the feet and others only the tips of ears or toes are faded while some are nearly nonexistent like Rhi. I don't know if a chocolate base (chocolate, lilac, lynx...) would be any different.

I found these of Enki later. He's mostly a separate line of pet quality chinchilla and sallander ND instead of sable but his great grandsire was a sable related to Rhi. Crossing to Rhi and Kido's(black sable) line I ended up doubling the himi gene again in the sallanders I was breeding. Enki's mother was a nonextension chinchilla (sallander) carrying himi and self and his sire a nonextension black sable (frosty) so all offspring had to be nonextension. He almost has full markings but the white toes and mostly white foot are what some of the darker himis with nonextension showed. That's why I said it can almost look like some are a hidden broken when I did not use any broken rabbits or get any broken offspring when crossing to full extension sables and a blue self that was my only full color netherland. Unless the parents are only visible recessives such as with Enki it's hard to prove the offspring are without lots of litters but the offspring of similar himis between Rhi's and Enki's markings bred to a frosty would all be more frosty and mismarked himis without any full extension sables. 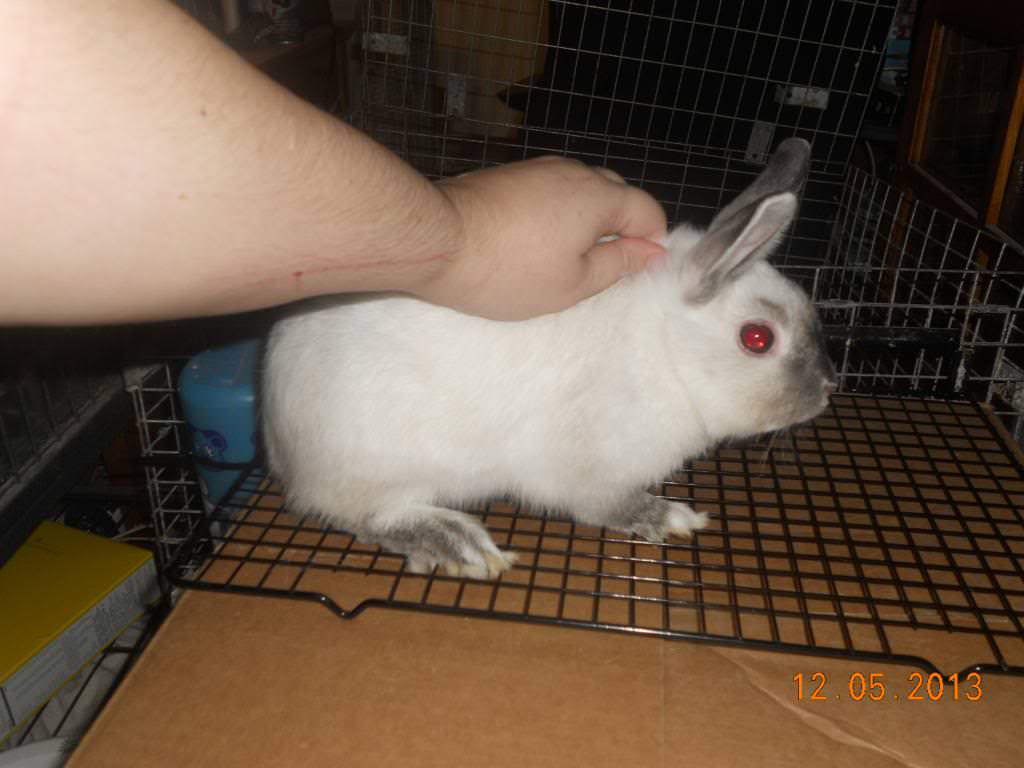 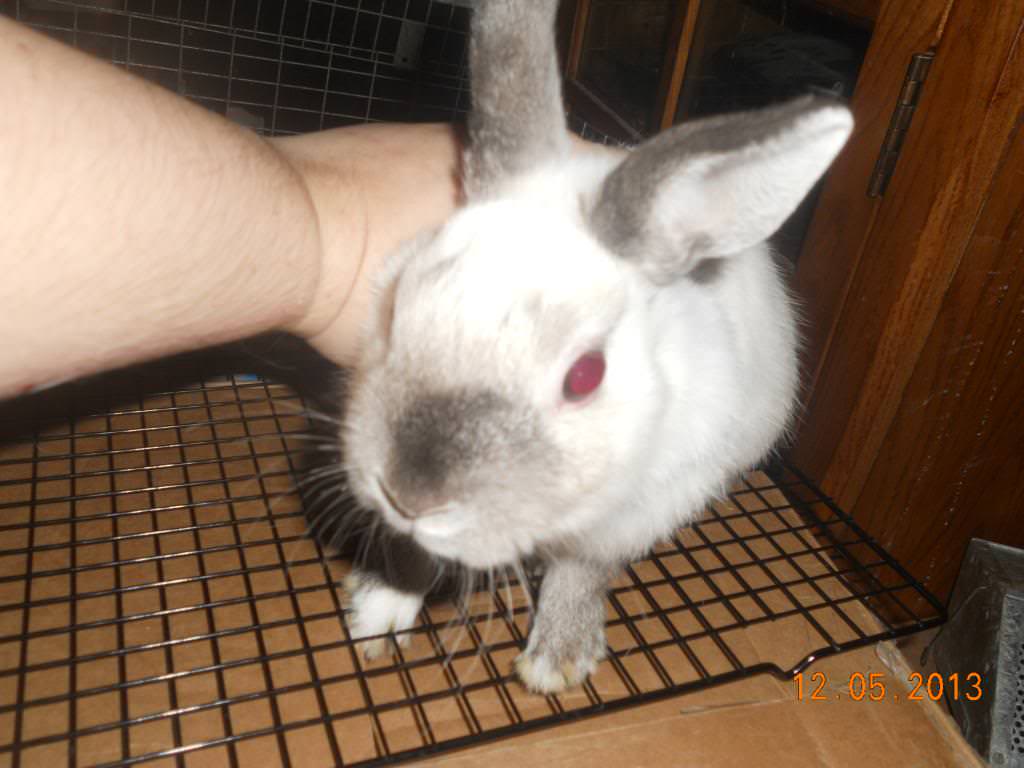 i have a question on colors. My doe is black with blue eyes. She has a white belly boardered with orange and a white snip on the nose. how?!

Heres a picture of an otter rabbit to compare

You must log in or register to reply here.

Musings on the harlequin gene

Can a dilute also show steel