The usual 'what color is this?' : Rabbit Colours and Genetics

The usual 'what color is this?'

A place to ask about rabbit colours and to discuss rabbit genetics -- and how to breed for the desired results.
Post a reply
First unread post • 5 posts • Page 1 of 1

The usual 'what color is this?'

The bunnies here are all angoras and almost all of them are English angora. I've basically been breeding the same stock for the past ten years with just a few additions to the herd over the years. This is the first time this particular color has shown up. What color is it? 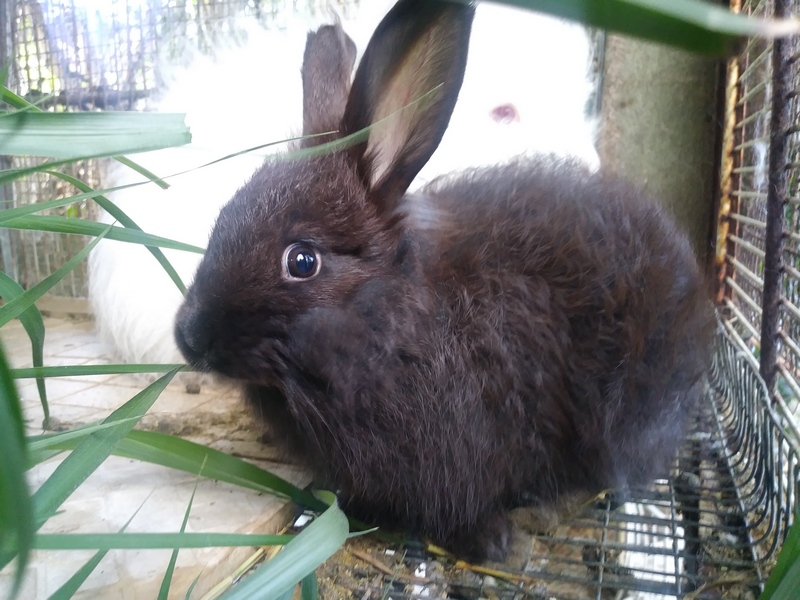 This is the 'black baby' at seven weeks old. I'd thought she was black when she (at least I think it's a 'she') was born. But since then she's become 'not-black'. She's not chocolate, though. Is this Dark Sable? 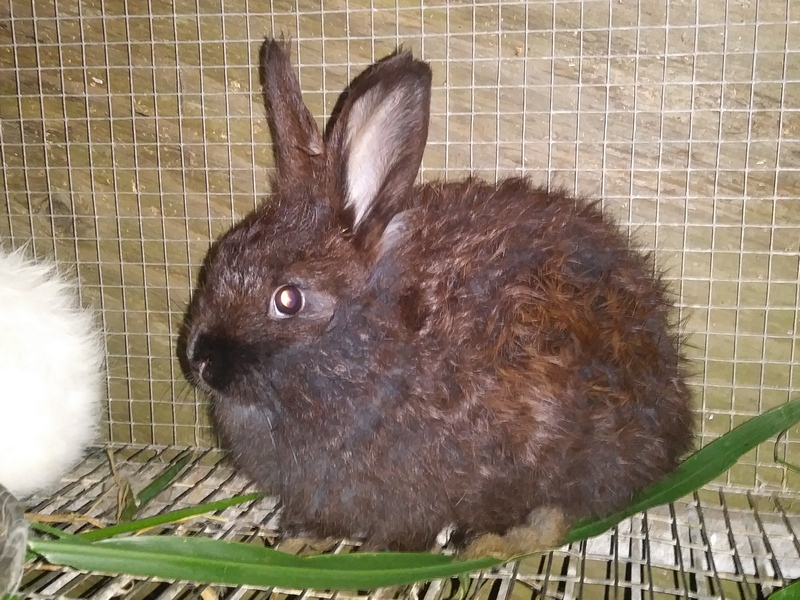 The flash on the camera really brings out the brown, in real life she's a much more black looking bunny. 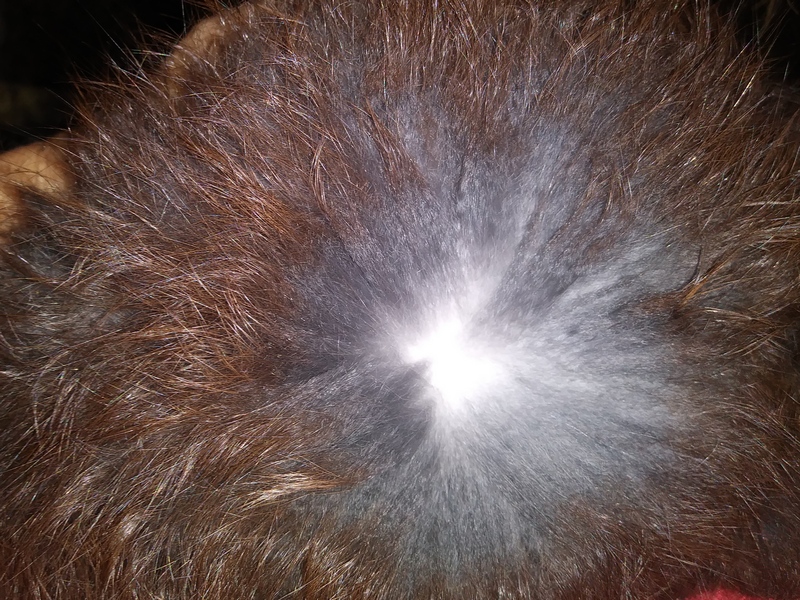 The wool seems to be gray underneath?

This is a pretty inbred litter, but the buck was being shipped off island so I wanted to concentrate his genes in a litter before he left. He's a tort out of an agouti and black.

So what color is that little rabbit?
Hula Bunny Yarn from Hillside Farm Hawaii
http://www.hillsidefarmhawaii.com
Top

Is she sun scalded, or urine stained?
Top

She's seven weeks old and in a wire hutch floored hutch so no urine scald. Pretty shady hutch and only an hour or so of early morning direct light, not sure how she'd get sunburn.

I've had several other rabbits who had the white undercoat next to the skin, but none of them have been this dark brown/chocolate color. The nose - without the camera flash - looks 'almost black' or 'not-quite-black', but when sitting next to an actual black rabbit, it's obviously different from black rabbit. Although even a black rabbit's coat will fade to silver by the time it's long enough to harvest (she's an English angora) so this one may not stay dark when the coat is ready to harvest.

This is the first time this color has shown up in the herd here. I'm not quite sure what color it is, or what the genetics may be.
Hula Bunny Yarn from Hillside Farm Hawaii
http://www.hillsidefarmhawaii.com
Top

i'd be calling that sable. That "off-black" is sable-y.

Yeah, I was thinking 'sable', too, BUT in order to be sable, she would have to have the 'light chinchilla' gene of 'cchl'. The C genes have that incomplete dominance thing. In order of dominance, it's C, then dark chinchilla, light chinchilla, Himilayan and then finally albino.

Maybe some sort of modifier on the 'B' gene? Is it possible to have some sort of something between black and chocolate on the B gene? It doesn't seem related to the dilute gene. Could it be some sort of modifier on the 'e' gene? The sire is tort which is 'ee'. Hmm. Maybe instead of blocking the full extension of the black color leaving just the yellows, only the black color got blocked leaving chocolate? That doesn't sound right but maybe a direction to explore?
Hula Bunny Yarn from Hillside Farm Hawaii
http://www.hillsidefarmhawaii.com
Top
Post a reply
5 posts • Page 1 of 1

Users browsing this forum: No registered users and 4 guests